Though it is always believed that PC is the best device to play games, but over the years Mac gaming library has come a long way. New games such as AAA games also now can be played with Mac device. So if you are interested to play games in 2019 on your Mac then here are the eight very best of them to enjoy on Mac OS. You can easily get these games on Steam, Amazon and Blizzard.

Stardew Valley is an open-ended country-life RPG. The game theme is that you’ve inherited your grandfather’s old farm plot in Stardew Valley. Armed with hand-me-down tools and a few coins, you set out to begin your new life. Ever since Joja Corporation came to town, the old ways of life have all but disappeared. The community center, once the town’s most vibrant hub of activity, now lies in shambles. But the valley seems full of opportunity. With a little dedication, you might just be the one to restore Stardew Valley to greatness.

Compatible with Mac OSX 10.10+ with 2 GB RAM having 500 MB available space. Click here to get this game now.

StarCraft II: Wings of Liberty is a science fiction real-time strategy video game developed and published by Blizzard Entertainment. It was released worldwide in July 2010 for Microsoft Windows and Mac OS X.

The game revolves around three species: the Terrans, human exiles from Earth; the Zerg, a super-species of assimilated life forms; and the Protoss, a technologically advanced species with vast mental powers due to a connection with The Khala. Wings of Liberty focuses on the Terrans, while the expansions Heart of the Swarm and Legacy of the Void focus on the Zerg and Protoss, respectively.

The game includes both new and returning characters and locations from the original game.

Get this game from Amazon now

Portal 2 is a first-person puzzle-platform video game developed by Valve Corporation. It was released in April 2011 for Windows, OS X, Linux, PlayStation 3, and Xbox 360.

Like the original Portal (2007), players solve puzzles by placing portals and teleporting between them. Portal 2 adds features including tractor beams, lasers, light bridges, and paint-like gels that alter player movement or allow portals to be placed on any surface. This game requires OS: MAC OS X 10.6.7 or higher to run all smooth. Get this game on Steam now.

Sid Meier’s Civilization VI is a turn-based strategy 4X video game developed by Firaxis Games, published by 2K Games, and distributed by Take-Two Interactive. A part of the Civilization series, it was released on Microsoft Windows and macOS in October 2016, with later ports for Linux in February 2017, and Nintendo Switch, the game’s only console release, in November 2018.

As with other games in the series, the goal for the player is to lead their fledgling civilization from an early settlement through many millennia to become a world power and achieve one of several victory conditions, such as through military power, technological superiority, or cultural influence, over the other human and computer controlled opponents.

Players do this by exploring the world, founding new cities, building city improvements, deploying military troops to attack and defend from others, researching new technologies and cultural civics, and engaging in trade and negotiations with other world leaders. Best for Mac 10.11 (El Capitan) or 10.12 (Sierra). It is possible for Mac and PC to become out of sync during updates or patches. Within this time period, Mac users will only be able to play other Mac users. Get this game now at Steam.

Firewatch is an adventure game developed by Campo Santo and published by Campo Santo in partnership with Panic. The game was released in February 2016 for Microsoft Windows, OS X, Linux, and PlayStation 4, for Xbox One in September 2016, and for Nintendo Switch in December 2018.

The story follows a fire lookout named Henry in the Shoshone National Forest, a year after the Yellowstone fires of 1988. A month after his first day at work, strange things begin happening to him and his supervisor Delilah, which connects to a conspired mystery that happened years ago.  This game is compatible with Mac OS X 10.8+ Get this game now at Steam.

6. World of Warcraft: Battle for Azeroth

It was announced at BlizzCon on November 3, 2017. In contrast to previous expansions, which went live at midnight in each time zone, Battle for Azeroth had a simultaneous release for all regions, corresponding to midnight Central European Summer Time on August 14, 2018. Click here to get this game.

The Witness is a puzzle video game developed and published by Thekla, Inc. It was released for Microsoft Windows and PlayStation 4 in January 2016, with later versions released for the Xbox One, Nvidia Shield, macOS, and iOS.

Inspired by Myst, the game involves the exploration of an open world island filled with natural and man-made structures. The player progresses by solving puzzles, which are based on interactions with grids presented on panels around the island or paths hidden within the environment. Supports Mac 10.12.3 (Sierra). Get this game now from Steam.

Donut County is an indie video game developed by American indie designer Ben Esposito and published by Annapurna Interactive. In the game, the player moves a hole to swallow objects, which makes the hole increase in size. The concept originated in a game jam that used video game pitches from a Twitter account parody of game designer Peter Molyneux. It later expanded to be the inverse of Katamari Damacy.

Other inspirations for the game included Hopi figurines—a theme Esposito later relinquished—and locations from Bruce Springsteen songs. Donut County was released in August 2018 for iOS, macOS, PlayStation 4, and Microsoft Windows platforms while versions for Xbox One and Nintendo Switch were released in December 2018. Compatible with Mac OS X 10.9+ (Mavericks) and Mac OS X 10.10+ (Yosemite). Get the game now from Steam

Besides these eight best games to play on Mac OS you can also play games like Gone Home, Minecraft, Kerbal Space Program, League of Legends, Dota 2, Diablo III and others. 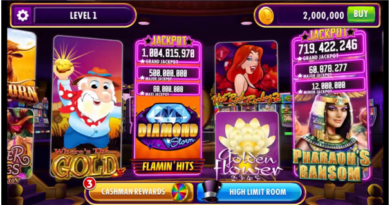 How to play and run Android pokies games on your Mac PC? 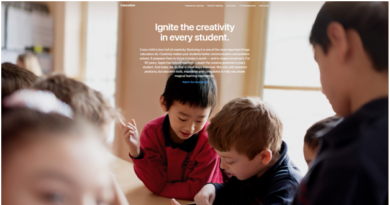 How to get an Apple student discount on the Education store? 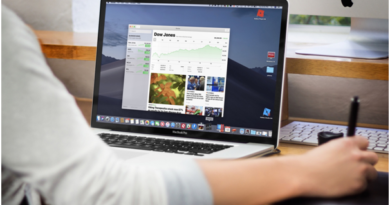 How to free up storage space in macOS Sierra and above?