There are lots of PC games available to play be it casino games, pokies, arcade games, card games, puzzle games, esports and various other single or multiplayer games. If you have a Mac computer and wish to enjoy your personal computer games on Mac, then here are the best five ways to do so. All you need is good WIFI or internet connection to stream the games on your Mac device.

Geforce is easy to use for games to play without the need to download anything giving access to huge library of AAA games. Developed by Nvidia’s GeForce NOW runs on multiple operating systems with near-equal effectiveness, and a subscription provides the player with access to over 50 games, downloaded and played from the cloud.  You can use this cloud-based game streaming service for macOS and Mac OS X. The game is powered remotely and is sent to your Mac at high speeds via the internet and all the games have been optimised for streaming, meaning you’ll get the best visuals possible without tweaking any in-game options.

As Nvidia stores a cached version of each available game on the servers, there’s no need to wait for downloads either – once selected, you should be playing the game within 30 seconds.

Clickhere to get free GeForce Now on your Mac

Shadow is another best way to stream PC games on your Mac. Unlike Nvidia’s service, Shadow provides users with a full copy of Windows 10, allowing you to install a variety of launchers (Steam, Origin, Epic Games Store, etc) and change settings as you would on a PC.

It’s tailored for gaming, offering a GTX 1080 equivalent and 12GB of DDR4 RAM, providing up to 4K@60fps gameplay, and it’ll be upgraded free of charge as technology improves. There’s also 256GB of storage on offer, allowing you to install multiple games at once.

There are apps available for not only macOS but Windows 10, iOS and Android too, allowing you to access your virtual PC from almost any device.  Another benefit of Shadow is internet speeds; the virtual computer offers 1GB/s download speeds and 100Mb/s upload speeds, providing lightning fast game downloads and updates. The subscription service for Shadow is bit costly and priced at AU$50 per month. Click here to get now.

Boot Camp is another way to get PC games on Mac. For this you should partition your hard drive using Boot Camp and run Windows 10 on a separate partition or drive. This does mean you will have to sacrifice hard drive space from your Mac in order to run Windows.

If you’re going to be installing Windows on your Mac, then also run Windows 10, as you’ll soon be able to play Xbox Play Anywhere games too and you’ll be able to play both your favourite Windows and Xbox games on your Mac – as long as it’s powerful enough.

Also allow enough space on your Mac-Windows partition, as your games will take a considerable amount of space. Click here to know how to get Boot Camp on your Mac.

You can have virtualisation software on your Mac to run PC games as well as also use Mac device at the same time. This means you can switch between the operating systems at the click of a button. Unlike Boot Camp, which runs the operating systems on two separate partitions, virtualisation software use the same partition to create a ‘virtual desktop’. This means that gaming is severely hit by performance limitations, as your Mac still has to run another operating system in the background.

If you’re looking to play certain games casually or have games that don’t require a lot of processing power, then virtualisation software might be your best bet. Most software costs money, alongside the actual Windows license you’ll need, so it’s not the most cost-effective solution, but it’s relatively hassle-free. Some of the best virtualisation software you can use is Virtual box, VMware and others. Click here to get one.

Using wine software for PC games on Mac is also other way and is cost effective. Wine is not to be confused with an emulator, but works off the same principle – emulating an operating system within another, in this case, Windows in macOS. The only thing Wine will not benefit you with is that not all games run smooth using it specially the new games. Click here to get free.

Now try any of these ways to play your favourite PC games on Mac. 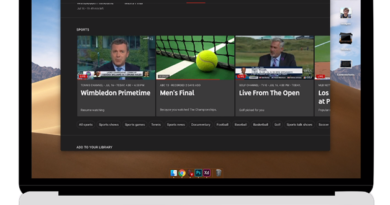 What are the new five Mac Apps you can download now in 2020? 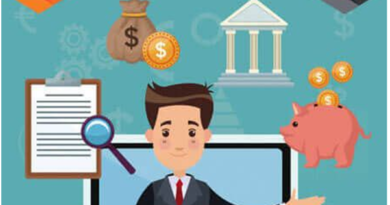 How to set up and use online banking in Mac with QuickBook?