Last month at pokiesformac we told you about the best Mac computers to buy in 2020. But there may be many of  our readers who don’t like to buy Mac and are searching for the best alternatives to Apple’s Mac. Here find the best ones to buy in 2020 that serve the same purpose as of Mac and can be found in Microsoft’s computers.

The Microsoft Surface 2 Laptop is a solid substitute for the portable MacBook. You get newer chips, a brilliant 13-inch display, a wonderful keyboard, and an eye-catching design. New Surface Laptop 2 unlocks added value for business customers with the advanced security protections of Windows 10 Pro and faster processor speed with a commercial-grade chipset on the latest 8th Gen Intel® Core, quad-core powered processor. Surface Laptop 2 is faster to start up and lets you multitask more easily than ever before. All-day battery life and amazing sound keep you moving. Weighing only 2.76 pounds, you can easily slip the ultra-slim Surface Laptop 2 in your bag and be on your way. You can get the battery of up to 14.5 hours of video playback. Uses Intel Core i5, 256GB, 8GB RAM. Starting at $1799, it’s a premium notebook without the performance drawbacks of what Apple’s offering right now.

Best MacBook Air Alternative is Dell XPS 13. If you opt for the touch model, you’ll get a screen that Apple’s 13-inch models can’t match, along with a new processor and a solid keyboard, all in an ultra-slim package that still manages to offer 3 USB-C ports. The XPS 13 recently saw a minor redesign that moved the much-maligned “nose cam” from the bottom of the screen up to the top, where it should have been all along. 13-inch laptops feature a virtually borderless InfinityEdge display and 8th gen Intel® processors. Touch, silver, rose gold and frost options available starting at. $1,439

Asus ZenBook Pro 15 is the best alternative for MacBook Pro . It even carries the same powerful Intel Core i9 processor. Since much of the use-case for this class of machine is video related, the Asus’ color-accurate AdobeRGB 4K display is even better than what you get in a MacBook Pro. The rest of the specs match up well, including the touchscreen touchpad—which is about as gimmicky as the Touch Bar, though reportedly more useful. Where the Asus struggles is battery life. Great power requires great batteries, and in this showdown, Apple wins. Asus ZenBook Pro starts at $1,799

Razer’s flagship Blade laptop is another contender for MacBook Pro replacement. With a six-core Intel processor and Nvidia 10-series graphics as the standard configuration, it’s positioned to make the mightiest Mac notebook look downright antique. It even has USB-A ports, Thunderbolt 3, and RAM that you can (gasp) upgrade!

Best alternative for Mac Mini alternative is Intel NUC  as these computers are mini-er than Apple’s Mini and feature newer seventh- and eighth-generation chips that run rings around the li’lest Mac. You can buy them either as complete models running Windows 10 or as bare-bones kits where you add your own RAM, storage, and OS of choice.

If you’re a pokies player or VR gamer, there’s even the Hades Canyon model  with powerful AMD Radeon Vega graphics under the hood. And, whereas Apple charges you beaucoup bucks for a three-year AppleCare warranty, you’ll get that standard with each NUC.

If you’d like something a touch more powerful than a NUC, there’s the Asus VivoMini PC. At just 5 inches square, it’s tiny enough to mount out of sight and still powerful enough to support up to three 4K monitors. The Asus features the seventh-generation Intel i7 chip, room for an M2 drive and a traditional 2.5-inch solid-state drive, as well as up to 16 GB of RAM (it ships with 8 GB, which you can upgrade to 16 GB). To hit this price point, Asus sells it bare-bones. You need to supply the hard drives and operating system, but even then you’ll come in under the Mac Mini’s $799 price and have more processing power.

While many other PC makers try to ape this stylish, slim all-in-one, few truly match its appeal. It’s also one of the models Apple’s been the most consistent about keeping fresh; the current lineup runs on Intel’s ninth-generation chips and Radeon Vega graphics to boot and best alternative for iMac. With a wide 34-inch curved display, you get the real estate of two separate monitors in one contiguous LCD panel. But whether you’re popping full apps next to one another with room to spare, or just blowing up a widescreen movie to take up this entire screen, HP’s Envy stands apart.

The closest Windows option is the Dell Precision 7820, which starts at $7,169.00 for a six-core Xeon-powered workstation and works its way up from there to a dual Xeon Platinum 8268 machine, but it’s still not as powerful as the Mac Pro. The latest Intel® Xeon® processor Scalable Family powers your most demanding applications. Now featuring a new generation of dual-socket architecture with up to 28 cores per processor (or up to 56 cores when built with dual processors) so you can extract maximum performance for your greatest vision. Run your software as fast as possible and get real-time results thanks to this memory expandable machine with up to 768GB of 2933 MHz RDIMM memory.  : Focus on your tasks with the workstation that’s quieter than ever. A new multichannel thermal design delivers advanced cooling and acoustics for enhanced cooling and quiet operation when your system is under heavy workloads.

Another option for Mac Pro would be to move to a Linux-based machine like System76’s Thelio desktop. The Thelio is made in the USA and features a beautiful wooden, sci-fi-inspired tower that wraps around AMD’s Threadripper chip. The base model of Thelio Major, matches up well against the Mac Pro. As an added bonus, it will only set you back $2,814.

At the high end, the Thelio Massive can take on the maxed out Mac Pro as well, besting it in CPU cores and several other areas, but we’ve again entered the rarefied world of professionally priced machines. A Thelio Massive specced to match the top-of-the-line Mac Pro will set you back $18,801. While the Thelio is a powerful machine that can hold its own against the Mac Pro, it does lack the ProRes RAW accelerator card, which means it likely won’t perform quite as well with high-resolution video. The other gotcha for creative professionals is that Adobe’s photo and video editing software does not support Linux, the operating system that ships with Thelio. At the time of writing this PC was not available in Australia but would soon be there in matter of time. Contact here to get it shipped to Australia now.

Is it Safe to Play Casino Games for Real Money Online? 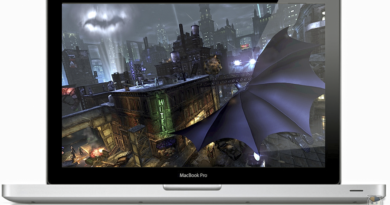 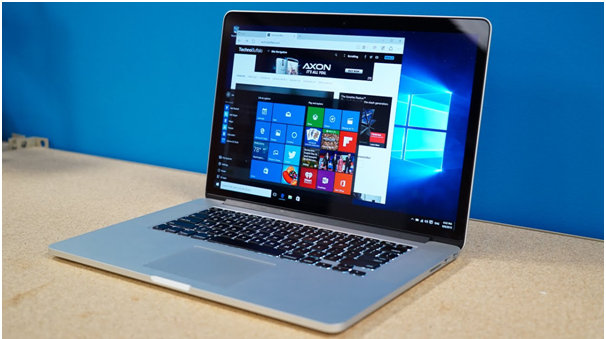 What are the four ways to install Windows on a Mac?